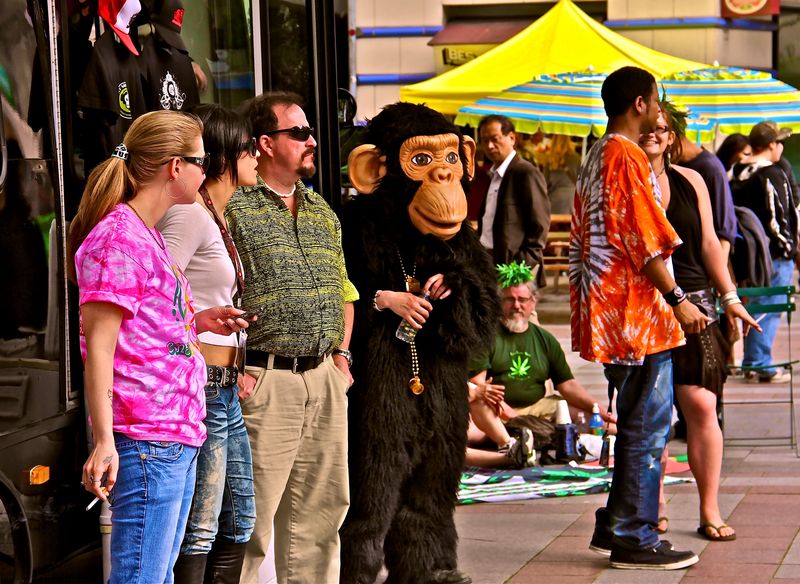 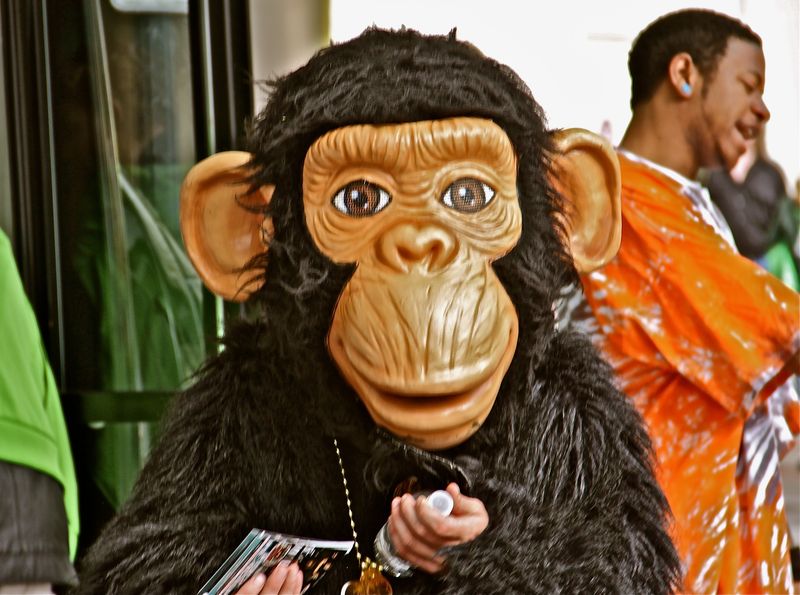 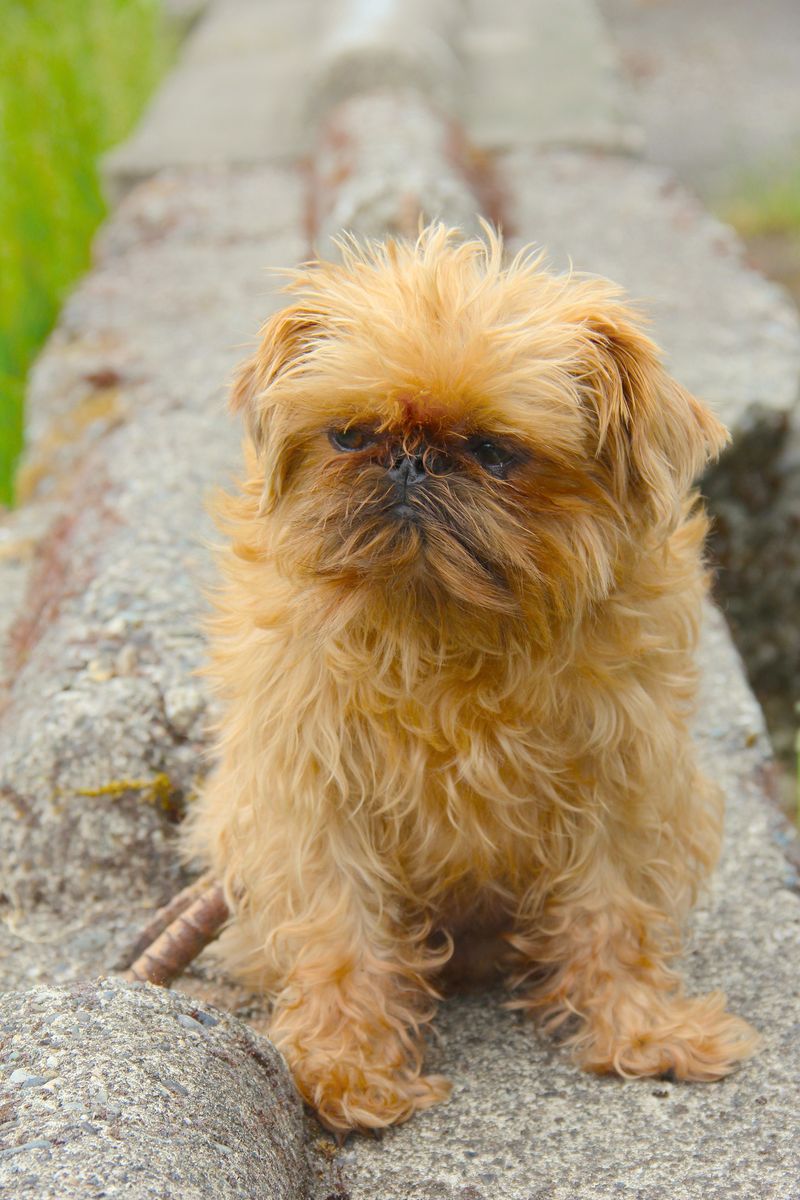 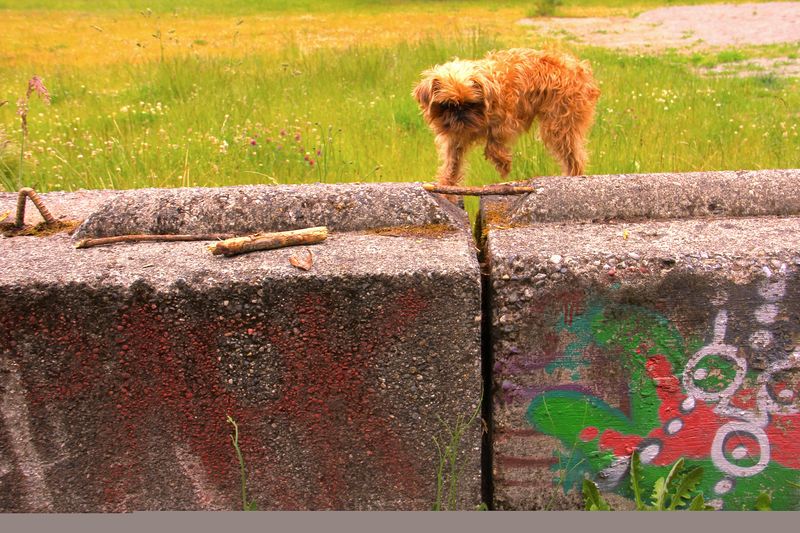 Steve Earle performing "Sparkle and Shine" at Martyr's in Chicago on October 10, 2007. 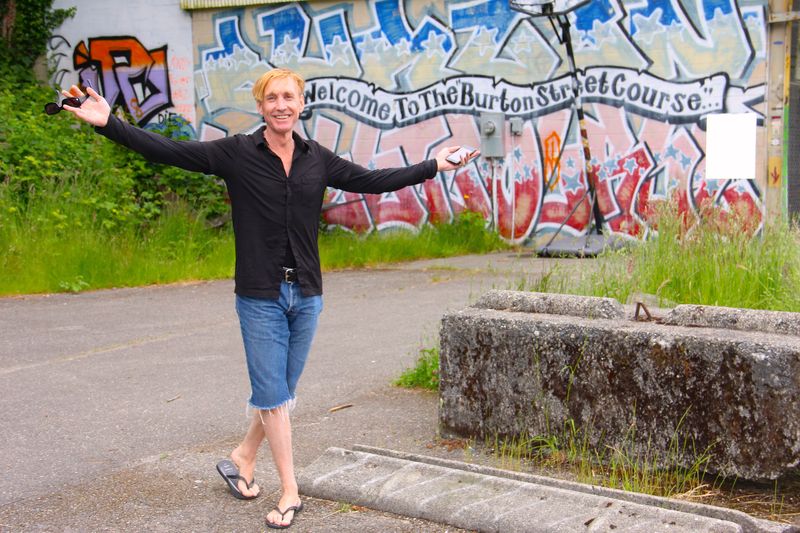 My younger brother, Bruce, received a State Liquor License this week, the final hurdle in his quest to open Tighthead Brewing Company. He will if all goes well be brewing beer by the end of the month. Here's a nice article article about him, and his beer brewing adventure, published in the local newspaper.

What started as a hobby has turned into a beer company 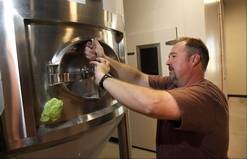 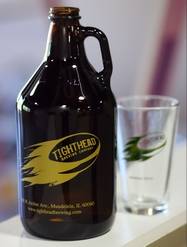 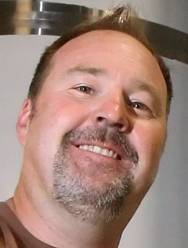 When life handed Bruce Dir lemons, he did what any positive thinker would do: He made beer.

The Mundelein resident has been crafting his own suds for about 17 years, a passion ignited long ago with the gift of a brewing kit.

As his interest and expertise grew, Dir tinkered with different formulas and built a sophisticated brewing system in the garage. He became a certified home brewing judge.

And like many people with a consuming hobby, Dir entertained thoughts of someday doing it for a living. But it wasn’t until circumstances beyond his control intervened that he decided to go for it.

“About seven years ago, I was reorganized out of a job. I decided, ‘I’m going to write a business plan,’” said the former human resource professional.

The plan stayed on the shelf as he found another job in his field.

“About a year and a half ago, I was let go again,” Dir explained. “My wife said, ‘It’s time to be your own boss. Let’s make it a business.’”

After considerable study, expense and paperwork, Dir has entered the growing craft brewing industry as the proud owner and brewmaster of the Tighthead Brewing Co. set to launch in Mundelein.

“It’s a dream. Every home brewer out there wants to own their own brewery,” said Dir, who brightens at the thought.

Storage tanks, fermenters and the other brewing equipment have been installed, and related work is nearly finished in the 4,000-square-foot space.

But it’s a long way from yuppie row.

The microbrewery is one of four tenants in an immense village-owned industrial building on Archer Avenue, just south of Mundelein’s commuter train station.

“It’s a production brewery,” Dir explained. That means only beverages brewed on premises can be sold or consumed there. Food will not be served.

“There will be a bar, but it’s not a full-service bar. We’ll do tours and tastings,” he said.

Dir hopes to be brewing by the end of August and open with limited public hours by mid-September.

His focus will be distributing home brews to bars and restaurants, although afficionados will be able sample the wares or take home a 64-ounce container known as a growler.

“These are beers that are doing well right now in the market,” Dir said. “That’s what will sell initially. As we grow, we can do fun things.”

With the seed planted years before, Dir began to set aside funds for the possibility of a career switch. But there was a lot of ground to be covered and approvals to be secured.

He spent about a year honing his craft, working for free as an assistant to a friend, a brewmaster at a brew pub in the area. He then spent seven weeks in the classroom at the Siebel Institute of Technology in Chicago.

While looking for warehouse-type space he was shown the former Anatol manufacturing building, which the village purchased years ago. It originally was intended to be the new village hall, but plans changed.

Sigma Services Corp., a packaging company, had occupied a slightly smaller building on Hawley Street just north of the train station. The village bought that building and moved Sigma to the Anatol building, where it is the largest of four tenants, including Tighthead.

Village officials Monday awarded contracts for asbestos abatement and demolition of the Hawley Street property, likely by the end of the year. A new village hall/office in conjunction with Weston Solutions Inc. eventually will be built on the site.

Though seemingly isolated, planned redevelopment is expected to boost activity on the 24 village-owned acres around the commuter station.

“As more development occurs in that area, Tighthead is positioned on the edge of it,” Assistant Village Manager Mike Flynn said.

Dir also regards it as an opportunity.

“I love being by the railroad tracks,” said the upbeat 45-year-old. “We’ll get that growler traffic.”

Despite having about half the estimated $450,000 investment, Dir said he was rejected a few times and had to scramble for a loan. He landed with PNC Bank in Mundelein, with the loan backed by the U.S. Small Business Administration.

Carrillo also is the vice president of the Mundelein Community Connection, which focuses on revitalizing the area.

“We really liked his story in terms of what he wanted to do,” Carrillo said of Dir and Tighthead. “It’s a great project.”

Besides local zoning changes and other approvals, Dir had to secure a federal “brewers notice,” which covered everything from water quality to environmental reports. He also has applied for a state liquor license, the last step in the process.

Tighthead — named for a position Dir played in his rugby days — has a capacity to brew about 3,800 barrels a year, but Dir expects to brew about 800 barrels the first year. A barrel equals 31 gallons.

That puts Dir on the small side of microbreweries, defined by the Brewers Association as one that produces fewer than 15,000 barrels a year with more than 75 percent sold off site.

“The industry is really taking off,” Dir said. “It’s a good time to be getting in. Lake County is really untapped for production breweries.”

Craft brewing grew by 11 percent by volume in 2010 and was up 15 percent in sales for the first six months of this year, according to the Brewers Association. Overall, U.S. beer sales were down about 1 percent by volume last year, the group reported.

“It’s distinctive to have a microbrewery in your community,” Flynn said. “This is what America is built on. Small business — entrepreneurs taking a lot of risk.” 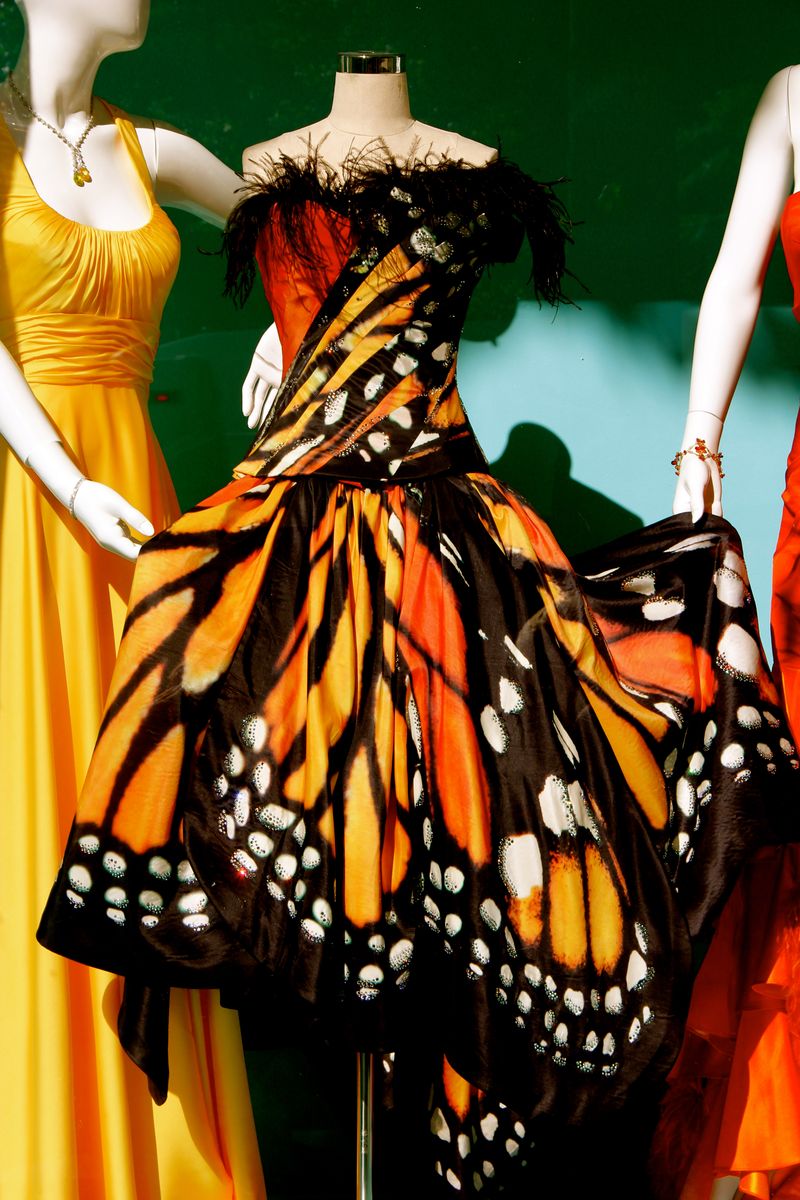 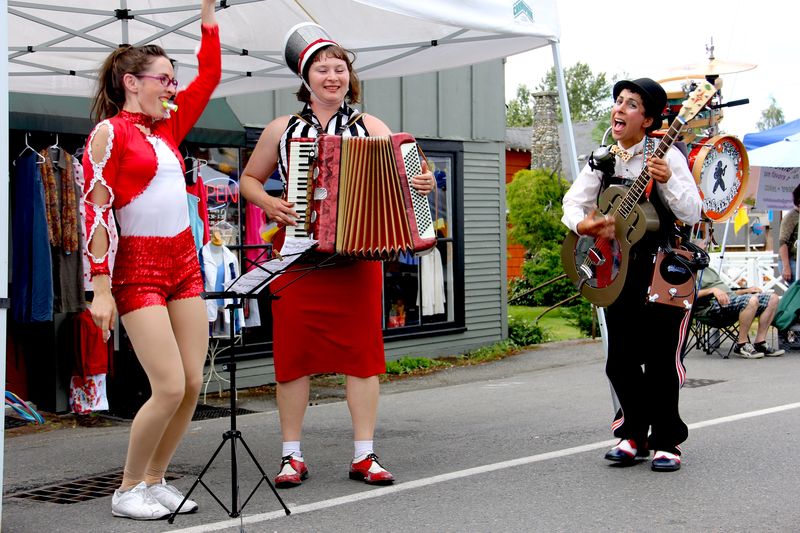 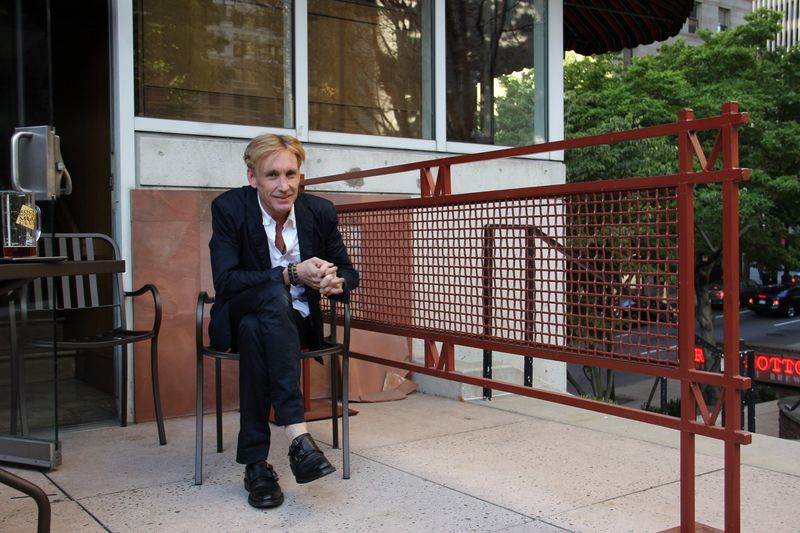