Behind The Shades: Bob Dylan being presented the Presidential Medal of Freedom by President Obama during a ceremony today in the East Room of the White House. About Dylan, the President said:

"Bob Dylan started out singing other people’s songs. But, as he says, ‘There came a point where I had to write what I wanted to say, because what I wanted to say, nobody else was writing.’ So born in Hibbing, Minnesota — a town, he says, where ‘you couldn’t be a rebel — it was too cold’ — Bob moved to New York at age 19. By the time he was 23, Bob’s voice, with its weight, its unique, gravelly power was redefining not just what music sounded like, but the message it carried and how it made people feel. Today, everybody from Bruce Springsteen to U2 owes Bob a debt of gratitude. There is not a bigger giant in the history of American music. All these years later, he’s still chasing that sound, still searching for a little bit of truth. And I have to say that I am a really big fan." 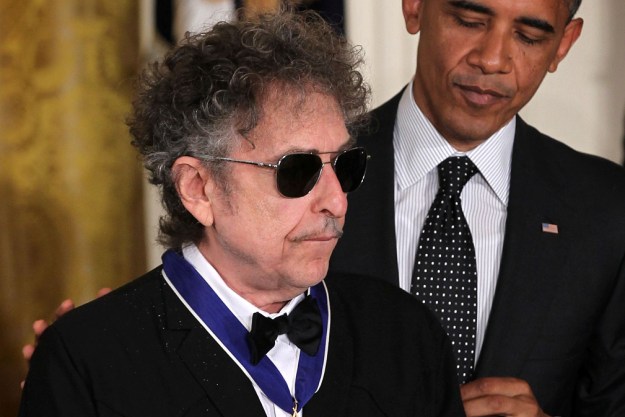 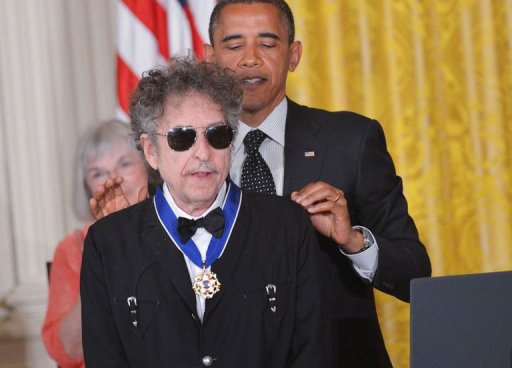 Miracles appear in the strangest of places
Fancy me fining you here
The last time I saw you was just out of Houston
Let Me Sit down, let me buy you a beer

My sentiments exactly: Lady Gaga is evil incarnate, the anti-rocker. 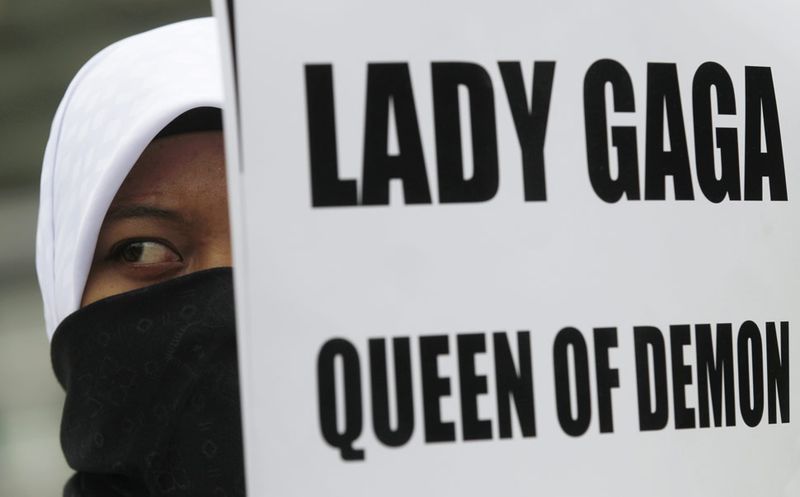 This September 28th will mark 20 years since the founding of Critical Mass in San Francisco in 1992. While Critical Mass remains a controversial subject in its place of birth, it has spread to hundreds of cities in dozens of countries, and become a truly global phenomenon. In September, bicyclists from around the world will be coming to San Francisco to celebrate the anniversary.

To mark the occasion, San Francisco muralista Mona Caron has created a groovy poster. Check it out: 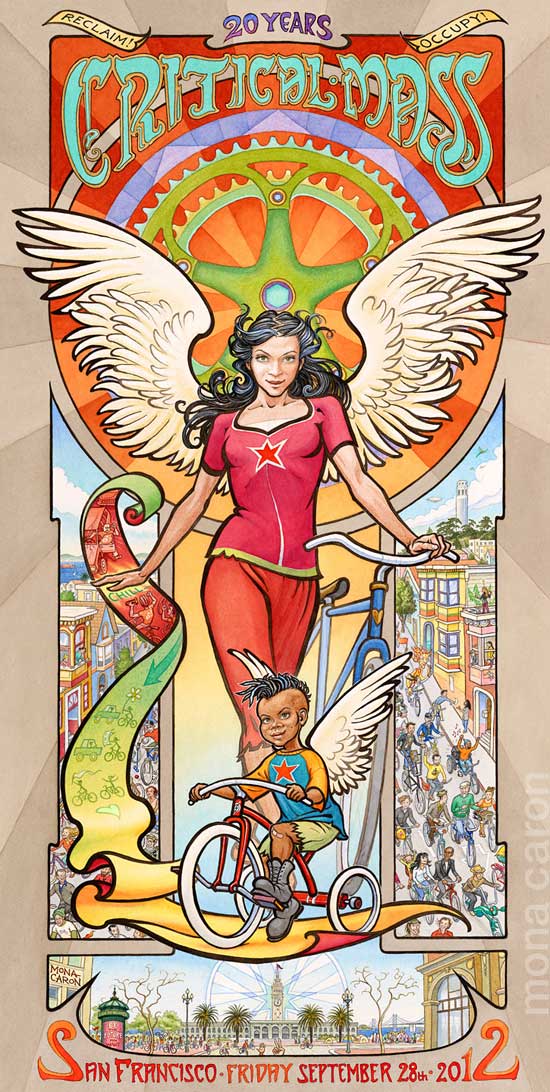 Milo is a railroad brakeman, his wife a painter. They have some poet friends who spend a good bit of time hanging out at their apartment. When Milo and his wife are visited by their bishop, they naturally would like their friends to be on their best behavior. But poets will be poets.

Originally intended to be called 'The Beat Generation' the title Pull My Daisy was taken from the poem of the same name written by Kerouac, Ginsberg, and Cassady in the late 1940s. Part of the original poem was used as a lyric in David Amram's jazz composition that opens the film. 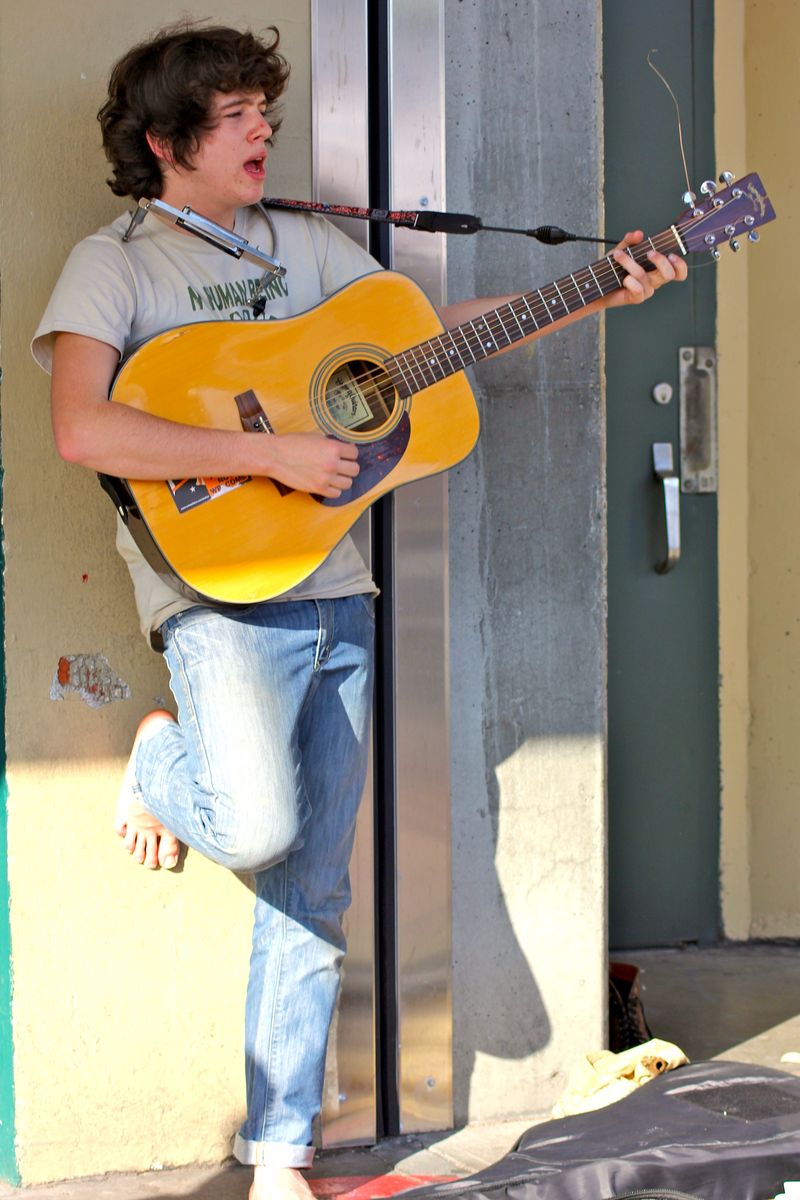